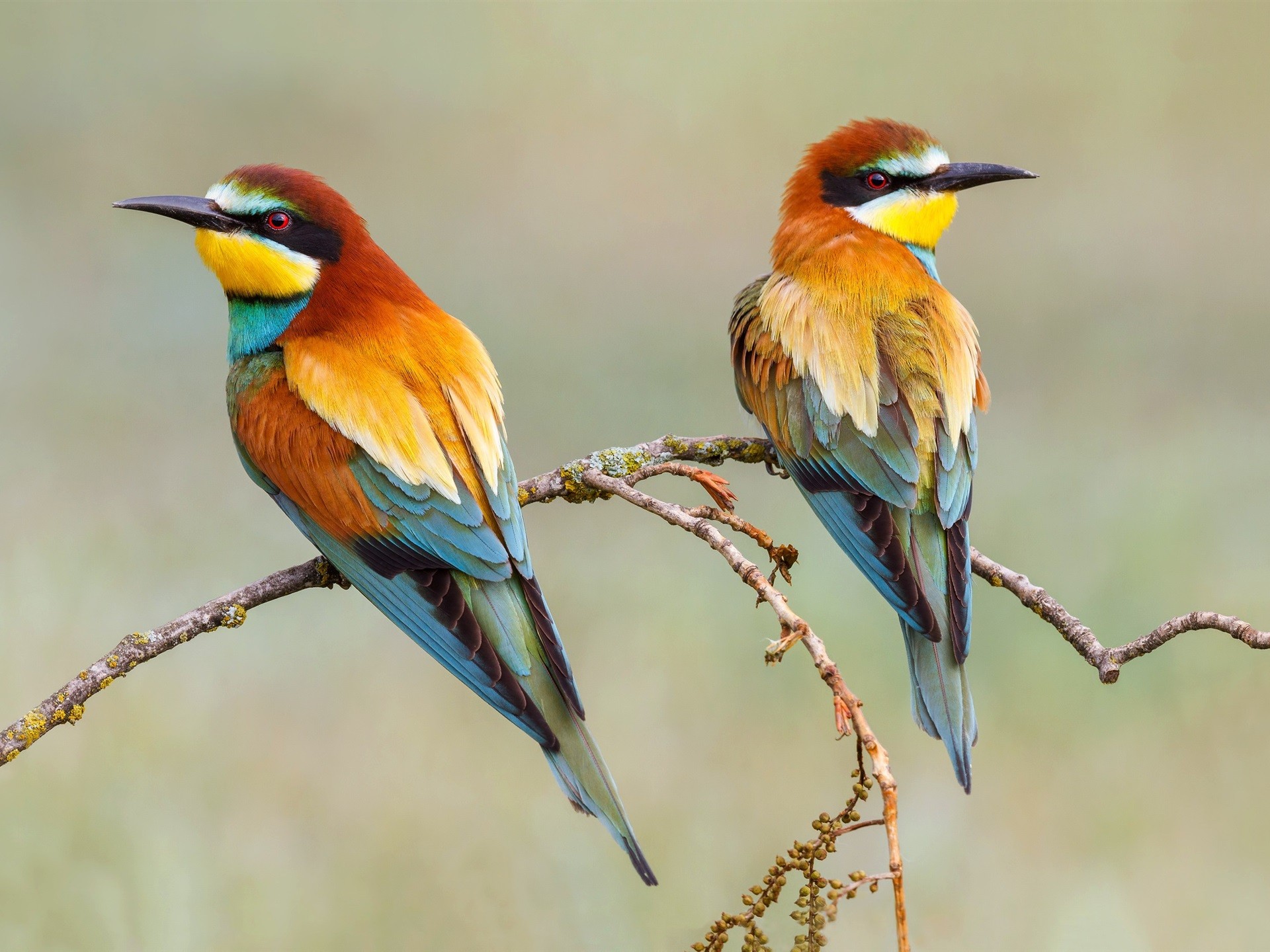 Regression models try to fit the best line to a set of observed data points. While simple linear models use a straight line, other models like multiple regression or polynomial regression use curved lines. A regressive model allows you to understand how the dependent variable changes in response to the change of independent variables.

What is Simple Linear Regression?

For example, there is a relationship between cigarette consumption and cancer. More consumption of cigarettes creates a high chance of cancer. The relationship here seems linear and the variables can be fitted in a two-dimensional space. So, we can describe this phenomenon using a simple linear regression model.

The formula representing a simple linear regression is-

With this function, a simple linear regression model will predict the dependent variable(denoted y) values as a function of the independent variables(denoted x). Basically, this function generates a straight line in the cartesian coordinate system. This straight line is the prediction line for the simple linear regression model which tries to predict the dependent values as accurately as possible.

When your data does not meet any of the above assumptions you can not perform a simple linear regression. Rather you should use a nonparametric test.

Think about stock price data. Here observations for the same entity(stock) are collected over time. This data violates the assumption of independence and the data is also not linear. So, we can not perform linear regression on this data. 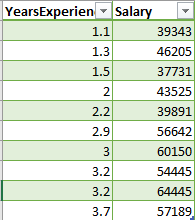 Let's plot the data in a graph.

Look at the plot. The data is linear, independent, and equally distributed. So, it meets the assumptions of simple linear regression.

Now, we will split the dataset between training and test sets. The training set will contain two-third of the data and the test set will have one-third of the data. You can try taking the arbitrary size for training and test sets. But keep in mind that the size of your datasets will make the model predict different outcomes. So, try to split the dataset in a way that helps the model to predict the best outcome.

Note: Here, random_state = 0 is used to ensure that when you run this code, the output will be the same as us. You could run your code perfectly without this parameter. Though the training data set and test data set may not look exactly like ours, still it will be fine.

After preprocessing the data, now we will build our simple linear regression model. To fit the model to our training set, we just need to use the linear regression class from the Scikit-Learn module. The code in Python is as follows:

Now we have come to the final part. Our model is ready and we can predict the outcome! The code for this is as follows:

We have come to the fun part. Now we will visualize the results in python. There are two different results. We will plot both in python.

To visualize the training set results: 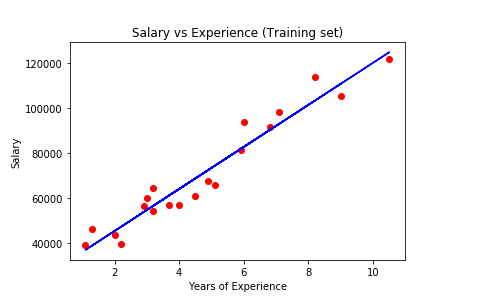 Now it is time to see how our model predicts on the test data: 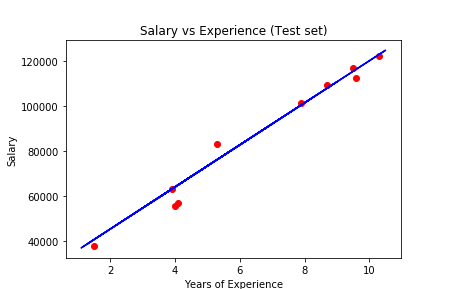 How to Improve a Simple Linear Regression Model?

The performance of our model is not that good. The regression line could not fit all the data points well. Therefore, we need improvements. There are many ways we can increase the accuracy of a simple linear regression model. Try the followings-