Through this post, you are going to understand different metrics for the evaluation of classification models.

Suppose your classification model predicts the probability of a person having cancer based on various features. Here the outcome is binary, either Yes or No. That means the person has cancer or not. That's simple. Well, as your model is not absolutely correct every time (it doesn't provide 100% accuracy), it will misjudge some events and thus provide the wrong outcome. If your model predicts that the person has cancer but in reality, he doesn't, then the outcome is a False Positive or Type I error. On the other hand, if the person does have cancer, but your model predicts No, then that is a False Negative or Type II error. 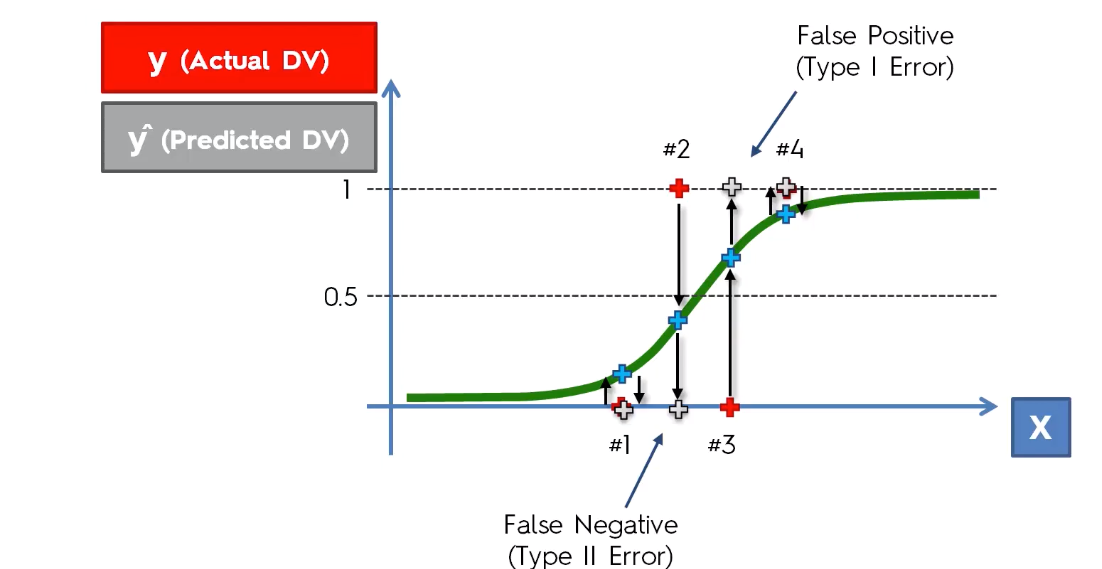 Here the red points are the actual outcomes and the grey points are predicted outcomes. False-positive errors are less impactful so as False Negative errors. For example, if the model predicts the person doesn't have cancer while he actually has will have more impact than the prediction that tells the person has cancer but in reality does not. 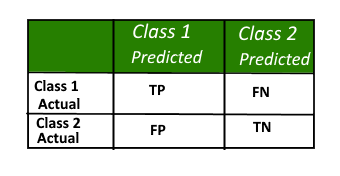 TP = True Positive, the actual and predicted outcomes are both positive

FP = False Positive, the predicted outcome is true but the target value is false

TN = True Negative, the actual and predicted outcome are both negative

FN = False Negative, the predicted outcome is negative but the target value is positive

Using the confusion matrix, we can calculate the accuracy rate of our models. Let's take an example.

The confusion matrix may lead to the wrong evaluation of models. This is known as the accuracy paradox. It happens when you stop your model to predict logically, which means you stop the model to learn. For example, let's say we have a model with the following confusion matrix.

Let's say from now on we ask our model to predict only a false outcome that is a zero in the confusion matrix. Now see how the accuracy look like.

In the second case, we can see that the accuracy of the model went up though the model was not actually doing any logical predictions.

Though easy to understand but Confusion matrix is not a good metric for model evaluation.

The cumulative accuracy profile (CAP) is used in data science to visualize the discriminative power of a model. The CAP of a model represents the cumulative number of positive outcomes along the y-axis versus the corresponding cumulative number of a classifying parameter along the x-axis. The CAP is distinct from the receiver operating characteristic(ROC), which plots the true-positive rate against the false-positive rate.

Let's take an example say we are contacting customers to sell some products. And we know that among our customers, 10% of them will buy our product. Now, if we build a model that helps us to classify which of the customers will respond to us if conducted.

Now how could we say that ours one is a good model?

In the above illustration, we have plotted the scenario. First, we draw a random line from the probability we have known earlier( that 10% of our customers will respond). Now, if the area between the model's prediction line and the random line is substantially large, then we can say that this is a good model. If the area is small then the model should be considered as a poor model. Here the red line shows a good model comparable to the green line. The grey line above represents an ideal model. That is when we exactly know the customers who would buy our products.

This ratio is between 0 and 1. The more this ratio is closed to one, the better the model is. We can also intuitively decide the goodness of a model just by seeing it. Let's say we take a point on the X-axis(somewhere between 50%). From there we calculate the value on the Y-axis (represented as x).