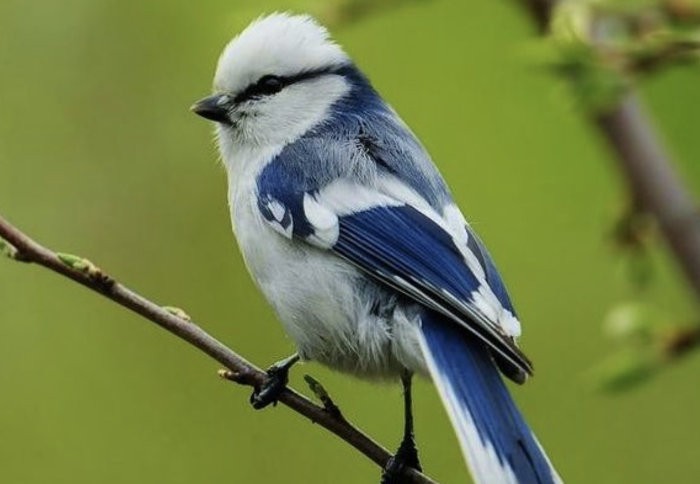 In this article, we will go through the concept of logistic regression, a simple classification algorithm. Then we will implement the algorithm in Python.

Logistic Regression is the appropriate regression analysis to solve binary classification problems( problems with two class values yes/no or 0/1). This algorithm analyzes the relationship between a dependent and independent variable and estimates the probability of an event to occur. Like other regression models, it is also a predictive model. But there is a slight difference. While other regression models provide continuous output, Logistic Regression is used to model the probability of a certain class or event existing such as pass/fail, win/lose, alive/dead or healthy/sick.

A good example can be finding the probability of getting cancer(yes/no) by a person for smoking for some years based on the dataset of people containing their smoking period, age, and the condition(having cancer or not).

How this Algorithm Works? 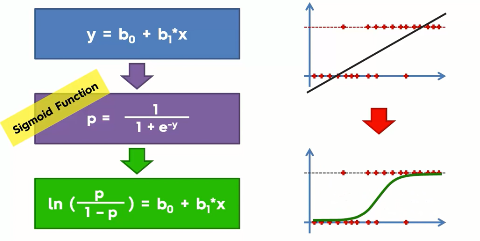 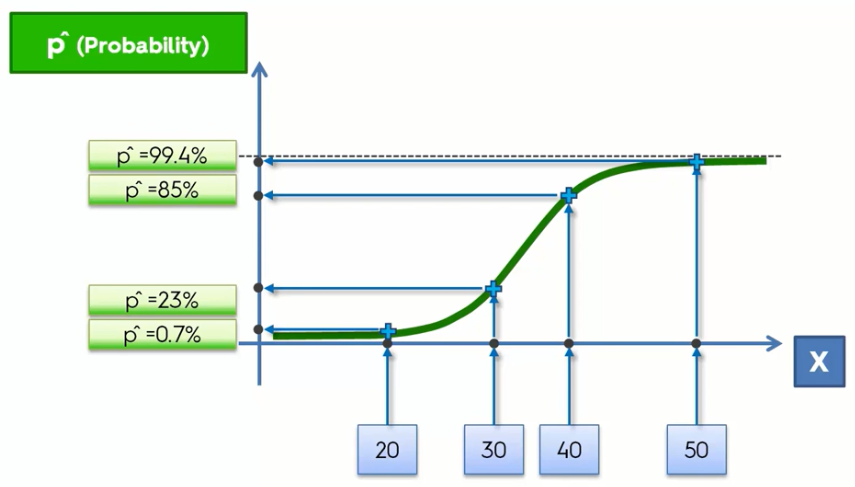 Here, you can see that people of a lower age(between 20 to 30) are less likely to buy a car(between 0.7% to 23%) whereas people of higher ages have more probability.

But wait! We are doing classification and we want the probability of people buying a car or not(yes/no values) but here we get a continuous probability. So what would we do is that we will take a threshold point(like 50% or 0.5) in the graph and based on that line we will calculate the probability.

This way we can use a regression function to solve classification problems.

Logistic Regression in Python :
Now we will implement this algorithm in Python. Here we take a dataset containing the Age, Salary, and Action(yes/no value) of purchasing a car. Now our task is to classify a person in terms of his Age and Salary whether he/she is supposed to buy the car.

First of all, we import essential libraries.

Now, we will import the dataset to our program. 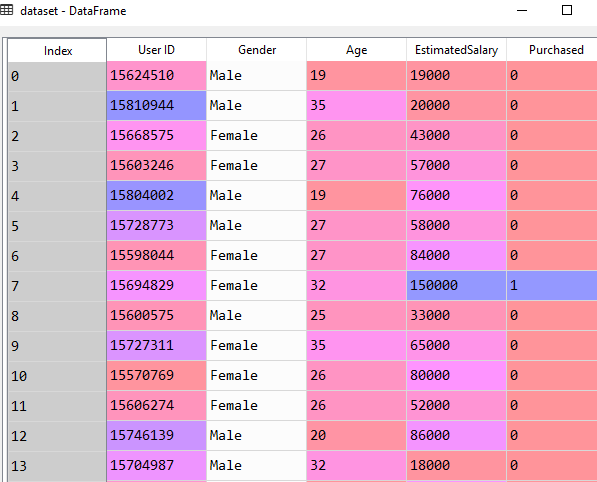 Now we split the dataset into a training set and a test set. For this, we take the test size=0.25%. And execute it. After execution, we get 300 training sets and 100 test sets.

Now, we will do feature scaling. To transform the x_train matrix object to scale, we use the fit_transform method.

Now, we fit a logistic regression to the training set. We use the linear model library to import the class LogisticRegression. Then we create the classifier object and call that object.

Note: Here we set the random_state to zero so that the result in our program and yours remain the same.

Well, we have come to the final part of the algorithm. Let's create a variable to predict the result.

Now, we will see how good our model is to predict the values. Let's evaluate our model using the confusion matrix.

Now we will visualize the result of our model. 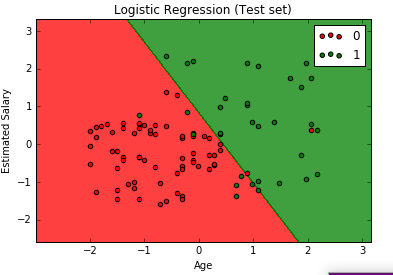 Here the graph shows us the classification of purchasing a car or not based on various Ages and EstimatedSalary.