Regression: Basically, Regression is a statistical approach to find the correlations between variables(dependent and independent).

In the context of machine learning, Regression is an algorithm or technique that is applied to a certain dataset to find the correlation between the independent and dependent variables and with that, predicts the outcome of an unknown value.

How Does It Work?

Let's take an example of a regression task. Assume that we have a dataset that contains the price(in dollars) of houses according to their area(in meter squared) of the town Branalle. The plot for price vs area data of the town Branalle is depicted below: 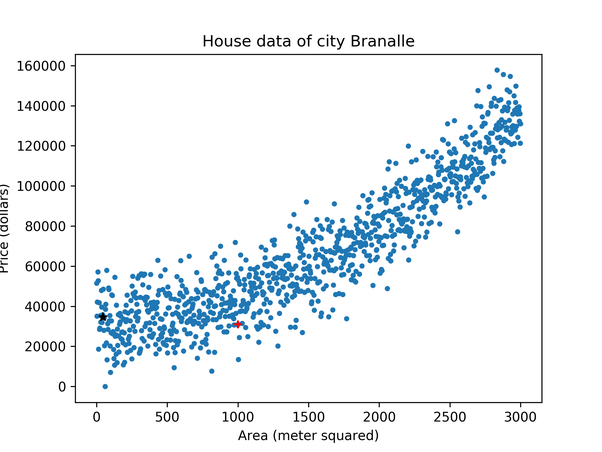 Now if we build a regression model based on this data, our model will try to find the correlation between the area and the price. And from that correlation, the outcome of the model will be a simple line(linear or nonlinear based on the chosen algorithm) on the graph. The line will be the prediction line of the model, upon which it will predict the unknown price according to the given area of a house. 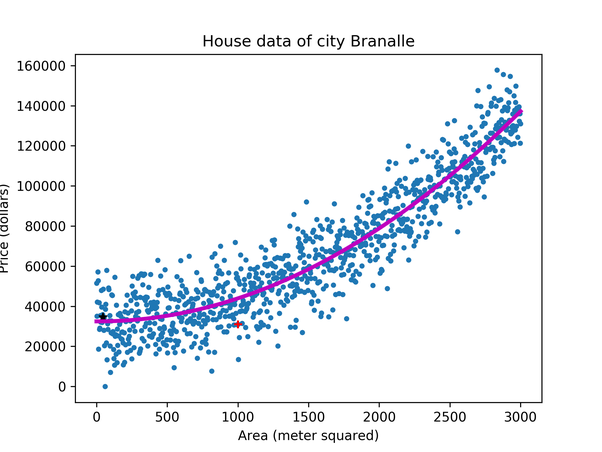 How to Understand a Regression Task?

For example, if you are provided with a dataset about houses, and asked to predict their prices, that is a regression task because the price will be a continuous output.

There are several types of Regression models. They are as follows:

In the following articles, we will understand these models in detail and learn how to implement them in Python.