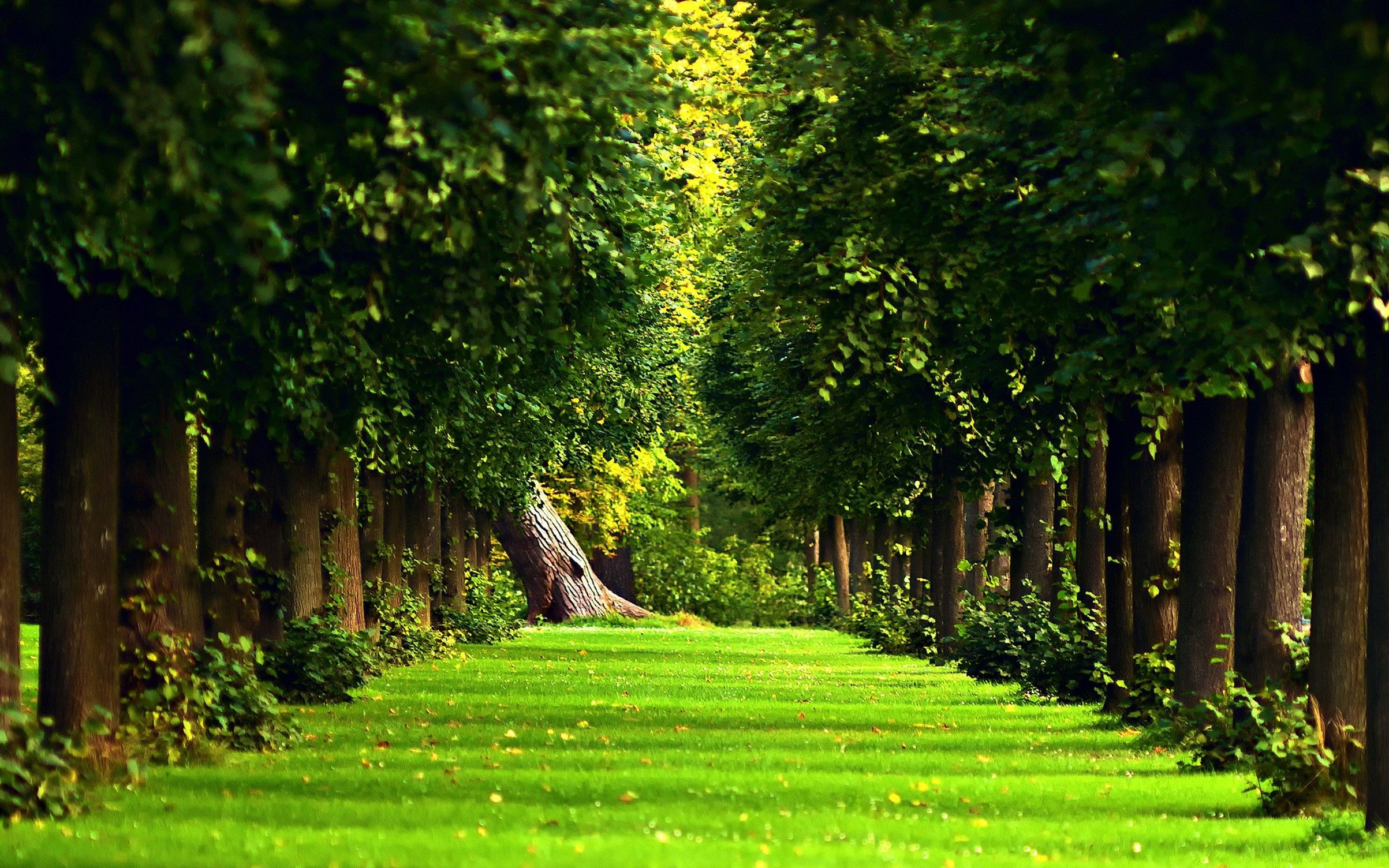 In this tutorial, we are going to understand the decision tree regression and implement it in Python

What is a Decision Tree?

Decision Trees are used for both Classification and Regression tasks. In this tutorial, we will focus on Regression trees.

Let's consider a scatter plot of a certain dataset.

Here, we take a dataset that contains two independent variables X1, and X2 and we are predicting a third dependent variable y. You can not find it on the scatterplot as it has two dimensions. To visualize y, we need to add another dimension and after that, it would like the following: 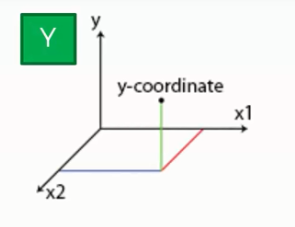 How Does a Decision Tree Work for Regression? 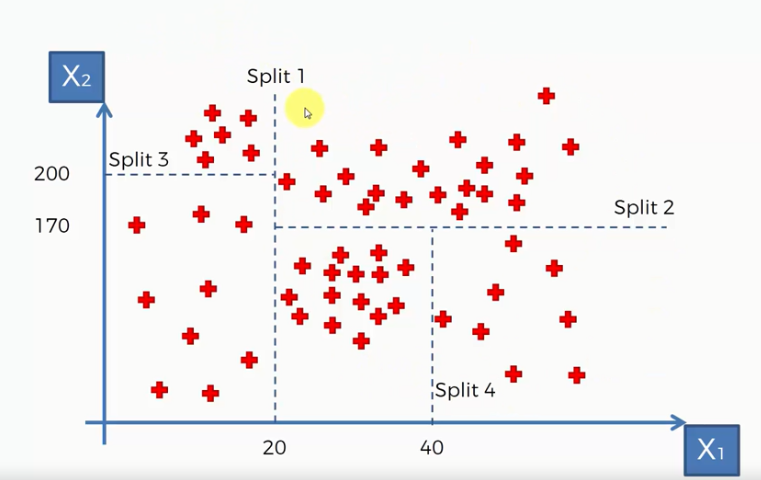 Here we can see the decision tree made four splits and divided the data points into five groups.

Now, this algorithm will take the average value of each group and based on that values it will build the decision tree for this dataset. The tree would look like the following: 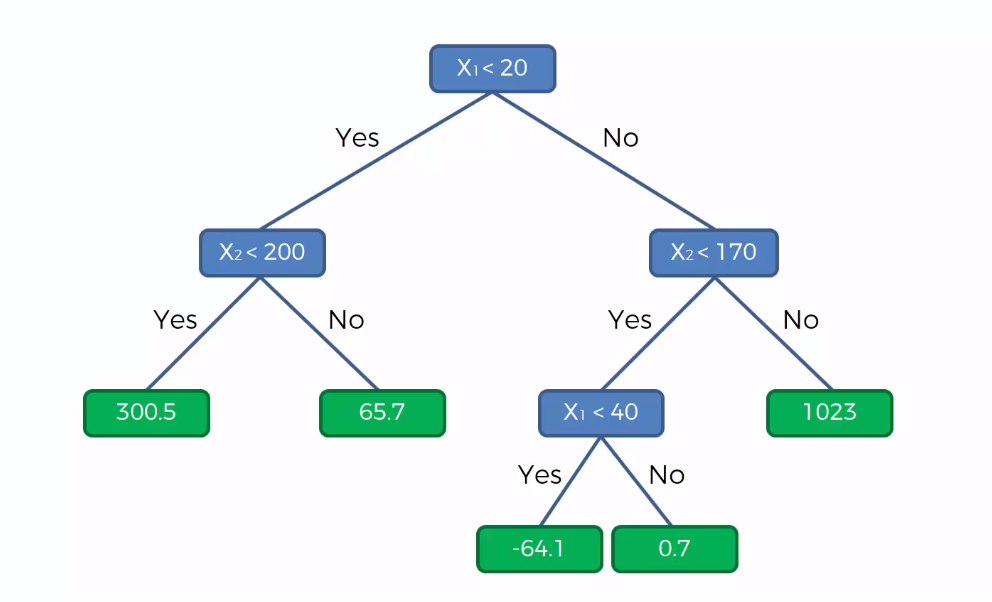 The decision tree above shows that whenever a value of y falls in one of the leaves, it will return the value of that leaf as the prediction for that y value.

Let's implement the above idea in Python. We will work on a dataset (Position_Salaries.csv) that contains the salaries of some employees according to their Position. Our task is to predict the salary of an employee according to an unknown level. So we will make a Regression model using Decision Tree for this task.

First of all, we will import the essential libraries.

Then, we import our dataset.

After executing this code, the dataset will be imported into our program. Let's have a look at that dataset: 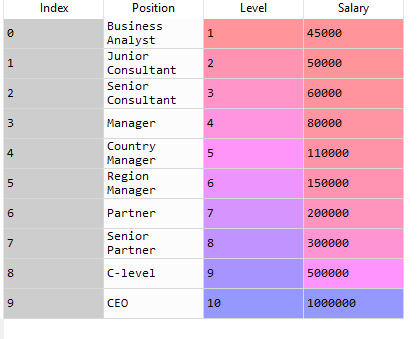 Now, we use DecisionTreeRegressor class from the Scikit-learn library and make an object of this class. Then we will fit the object to our dataset to make our model.

Well, our model is ready!  Let's test our model to know how it predicts an unknown value.

We predict the result of  6.5 level salary. After executing the code, we get an output of $150k. To learn how closely our model predicted the value, 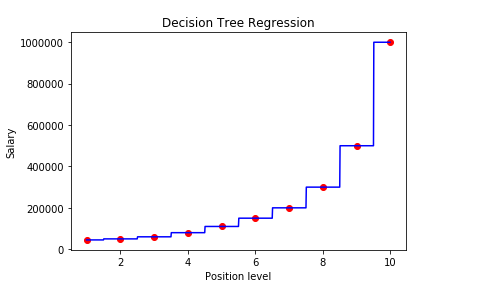 After executing the code, we can see a graph, where we plotting a prediction of  10 salaries corresponding to 10 levels. It is a nonlinear and non-continuous regression model. This graph does not look like the other linear regression models. Because the decision tree regression takes the average value of each group and assigns this value for any variable that falls in that group. So the graph is not continuous rather it looks like a staircase.

From the graph, we see that the prediction for a 6.5 level is pretty close to the actual value(around $160k). So we can say it is a good regression model.

Decision tree for regression comes with some advantages and disadvantages, let's have a look at them-

What is Entropy in a Decision Tree?

The goal of a decision tree model is to decrease entropy and increase the information gain.

Which Node has Maximum Entropy in a Decision Tree?

It depends on the majority of features. When a node has all homogenous data i.e. all the data points are similar, the entropy will be the lowest. But when the node contains data points equally from each feature, in other words, there is no majority of a particular feature, then the node will experience the maximum entropy.

How to Find the Best Split in a Decision Tree?

What is the Difference Between a Classification Tree and a Regression Tree?

In this tutorial, I tried to explain all the aspects of the decision tree for regression. The key take ways from the tutorial are

Hope this tutorial has helped you to understand all the concepts clearly. If you have any questions about the tutorial, let me know in the comments.