Self-driving systems are growing more sophisticated, and they must be thoroughly tested before being deployed. Autonomous driving planning and control mechanisms must provide consistent execution in all circumstances in which they can be used. To achieve the trust of the people it needs to be proved that the system is fully safe and reliable. For that reason, before deploying on the real road it should be tested in different environments and scenarios.

Assurance of autonomous driving system safety in critical scenarios is a difficult issue, and the ideas and testing methods must be explored in order to meet this challenge. During the development process of self-driving cars, functional development and testing, system integration and verification are also take into consideration. A comprehensive profile for autonomous vehicle testing techniques is essential. 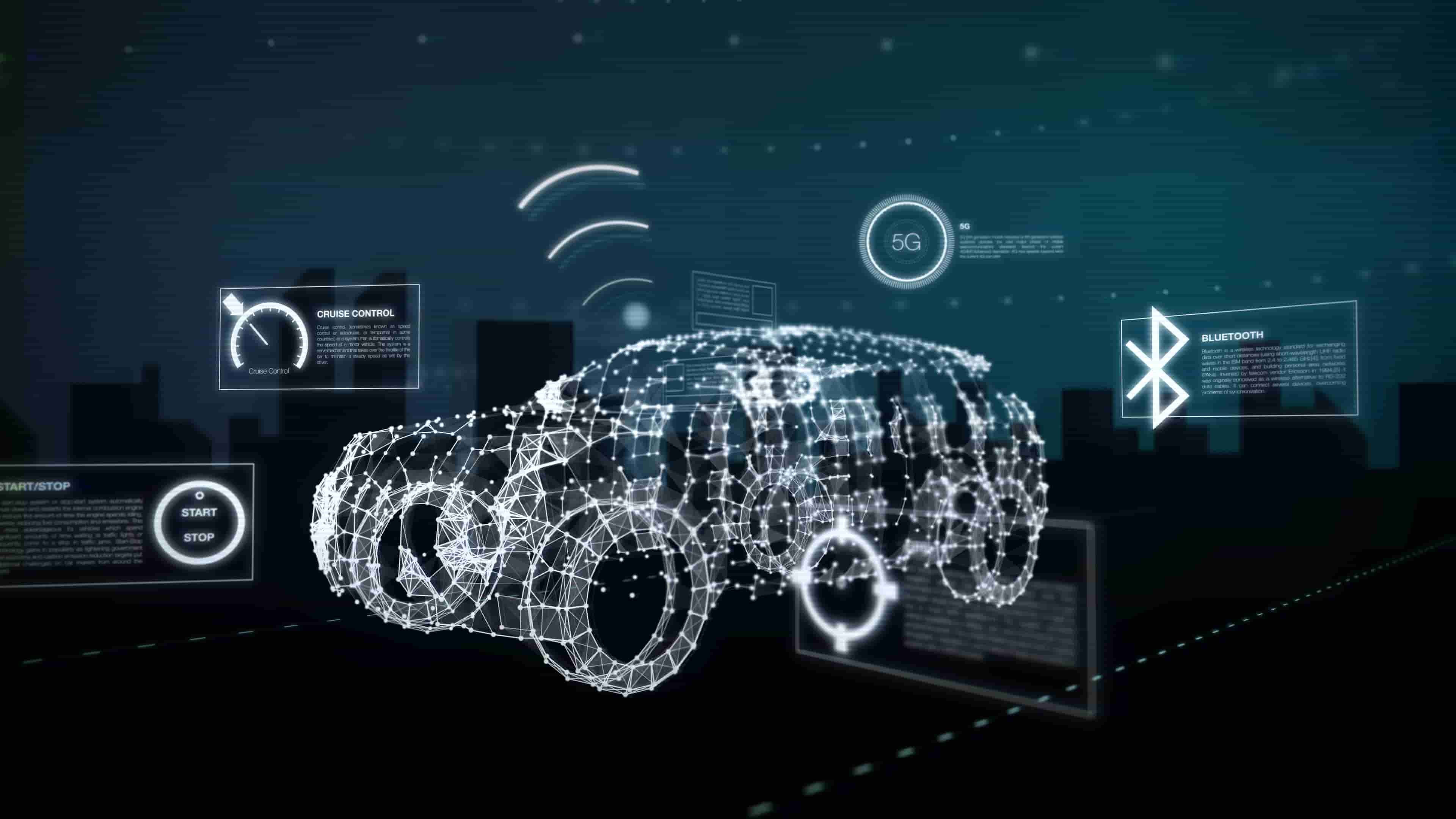 A lot of software is used in a self-driving system. All the software should be tested properly to achieve the goal of autonomy. Different test cases are used for testing such as automatically created test cases, hardware-in-the-loop (HIL) testing, change-based testing, and the mapping of tests cases to requirements. Also, it needs to be tested that all the sensor data is processing properly and giving the desired output.

The X-in-the-loop simulation testing tool suite includes state-of-the-art simulation platforms for autonomous vehicles, focusing on the modeling of phenomenological sensor models, the vehicle with its actuators, the definition of driving scenarios, and autonomous driving functions, which provides a novel approach and test architecture to validate perception systems, planning systems, and autonomous driving functions. Combining observations and simulations may be done in a variety of ways. In order to test autonomous cars in both worlds, X-in-the-loop hardware components are connected to the virtual environment and measured and simulated environmental characteristics are supplemented and aligned. Vehicle-in-the-loop (VEHIL) simulations allow a full-scale autonomous vehicle to be tested in a HIL environment.

Before releasing in the market, driving testing for self-driving cars should be conducted in real-world settings. Self-driving cars must be tested at a facility that includes a variety of test environments, such as urban and rural areas, as well as a high-speed region, where scenario-based testing may be performed in a repeatable and structured manner.

As cyber safety is an important issue of self-driving cars, a deeper understanding of the safety and security of this technology is required. Cybersecurity defenses in autonomous vehicles must be able to deal with attacks in real-time, detecting malicious messages and preventing them from spreading throughout the vehicle. As the threats are updating continuously this is a difficult task to detect.

The Perception, Decision, and Action Layers of an autonomous vehicle's functional testing are based on general driver behavior and follow a sensor-based and actuator-based autonomous system architecture. Existing test techniques are insufficient for advanced and novel capabilities, such as adaptability and learning. These new difficulties necessitate the use of well-established methods, such as formal verification. The goal of using a probabilistic technique to simulate radar, Lidar, or other sensor data is to improve the simulation's realism while keeping simulation-based validation procedures flexible and adaptable. 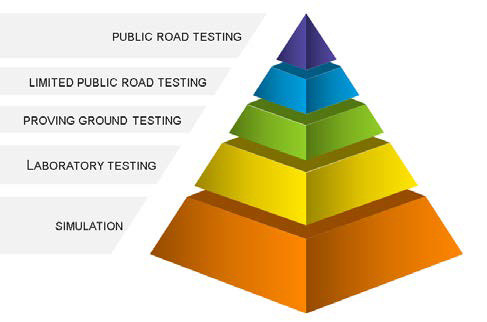 The Perception Layer is responsible for collecting data from vision, Lidar, and radar-based sensors. After then, they're combined into a single fusion map. Both the different sensors and the environment perception layer are verified through physical and software testing. The status and errors of posture and localization are collected, as well as the identified people, lanes, traffic signs and lights, other vehicles, and other relevant components.

The Perception Layer feeds the Decision Layer with feedback data to help improve data collection, and the Decision Layer evaluates all incoming data to send a suitable result to the Action Layer. The Situational Assessment serves as an input review for both short and long-term planners; they should work together to prevent making short-term decisions that do not achieve the overall aim. Test drives or simulation tests are used to evaluate autonomous vehicle decision-making modules. The reaction characteristics of the driving system are utilized as indications, such as reaction time and operational accuracy.

The navigation level is responsible for higher-level driving activities such as regulating global objectives, trajectory planning, efficiency, and commodities while taking into consideration driving conditions. The Path planning error is used as a criterion for evaluating the algorithms' capacity to avoid colliding with other objects at any moment.

The Action Layer sends orders to the Action Supervisor, which converts the abstract choice into set points that are delivered to the actuators' controllers. The action generator is a system controller that conducts low-level actions in actuators while also monitoring feedback variables to process new actuating variables. It is executed by a test drive or simulation. This module is executed using vehicle trajectory variation, acceleration, and jitter.

Thank you for reading the article. For queries or suggestions, please comment below. Your comments are always important to us.